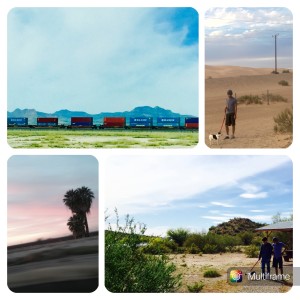 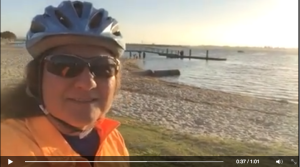 As the departure date gets ever closer there are a few things that need to be done. Over the past week, we have taken a bike mechanics class, had our tour mascot given the thumbs up for travel and I had my eyes examined. You know we captured it all on film as part of the documentary. So, here it all is for your viewing pleasure:


Henry L. Parrilla from Bike Seven showed Jordan and I how to replace a bike chain, repair a broken spoke and how to install a new derailer. While we hope we never have to use these repair skills during the bike tour, we sure are glad we know how to make repairs should the need arise. Thank you, Henry for sharing your bike repair knowledge as well as words of wisdom when it comes to long distance bike touring.

I went to visit the eye doctor at the insistence of my mother, Nelda Cooling, owner of Koolaches Bakery (and a sponsor of the tour). As many of you know, I have been using over-the-counter reading glasses for a couple of years now. I’ve been in denial about really needing glasses, but I knew it was time to make it official. What I didn’t know was exactly how much I really needed them. I had an “Oh dear!” moment upon hearing that bifocals were in my future. I am now getting the hang of contacts. Putting things in and out of my eyeballs just seems so opposite of what I should be doing. What I will say is that being able to look at my phone without reaching for glasses is a very nice thing. Thanks Mom!

The last thing we did this week was to take our Ladybird, who is the Official Bike Tour Mascot, for her annual checkup. At 14 years of age, we wanted to make sure she was fit and ready for two months of travel and adventure. Something we found especially interesting was that she would need travel papers in order for her to legally cross state lines. Turns out that taking a pet outside of state lines without travel papers can be a costly endeavor which can get your pet impounded. Happy to say she is squared away with a rabies shot as well as flea and heart meds.

As you can see in her video, she is less than amused. Being poked and prodded does not make for a happy puppy. This will not be the last time you see Ladybird on video. We will also be sharing “Ladybird Approved” dog-friendly locations as part of our bike tour discoveries.

When it comes to embarking on a cross-country tour, cycling day in and day out for over 2 months is only part of the story.

The real power behind the tour is my support team. My sons, Jonathan and Jordan, will be with me along the entire 8 state ride.

I am thankful they’ll be providing cycling support but what is even better is that they will be recording the entire journey for a documentary film.

Having them with me on this trek to to film the ride experience and capture interviews of the people we meet adds so much value to the tour and makes it even more meaningful.

As part of the team for the bike tour, Jonathan is in charge of filming the documentary. Keeping sponsors, supports, friends and family updated through social media of Jennifer’s progress. Jonathan will also be one of the drivers of the support vehicle across the 8 states from California to Florida.

Jordan his thoughts on the bike tour. As a member of the documentary team filming, Jordan will also drive and help Jennifer maintain her fitness through stretching exercise and workouts.

To learn more about the bike tour documentary simply go to the Bike Tour Documentary.

There are so many pieces that all must come together for the bike tour. Even though I have been planning this for months, sometimes it feels like there is so much to do with so little time. Then something happens that makes me realize that everything is coming together exactly the way is should. I opened my mailbox and inside a non-descript postal package were the 7 maps from the Adventure Cycling Association. These maps are the guide for 3065 miles of cycling through mountains, deserts, swamp and coastland.

Seeing these maps really brings home the fact that in about 3 weeks I will be dipping my bike tire into the Pacific Ocean and starting on my journey.  It’s coming soon and even though a part of me wishes I had more time to prep, most of me knows that it will be exactly as it should be and that will be just fine.